The store will not work correctly in the case when cookies are disabled.

If you prefer for a store associate to attend to you for a personal shopping experience, click here.

In a special collection, Coach collaborates with Disney and the Keith Haring Studio to celebrate the iconic artist's playfully subversive illustrations of the one and only Mickey Mouse. Like the New York City street it's named after, Rivington mixes downtown cool with professional good looks. Crafted of our glovetanned leather printed with the American artist's original artwork against a stripe background, this functional, hands-free design keeps essentials close at hand.

About the artist:Artist Keith Haring (1958-1990) was inspired by the art of Walt Disney from an early age, learning to draw Disney's Mickey Mouse from a Disney "how-to-draw" book he found at his grandmother's house. Well into his teenage years Haring wanted to be a cartoonist, thinking he could work for Disney, though he ultimately went on to study fine art. Eventually, Haring's passion for both cartooning and the visual arts combined in what became his unique and widely recognized style. Mickey Mouse is a recurring figure in Haring's art, when asked why, he said Mickey is "ultimately a symbol of America more than anything else."
Skip to the end of the images gallery 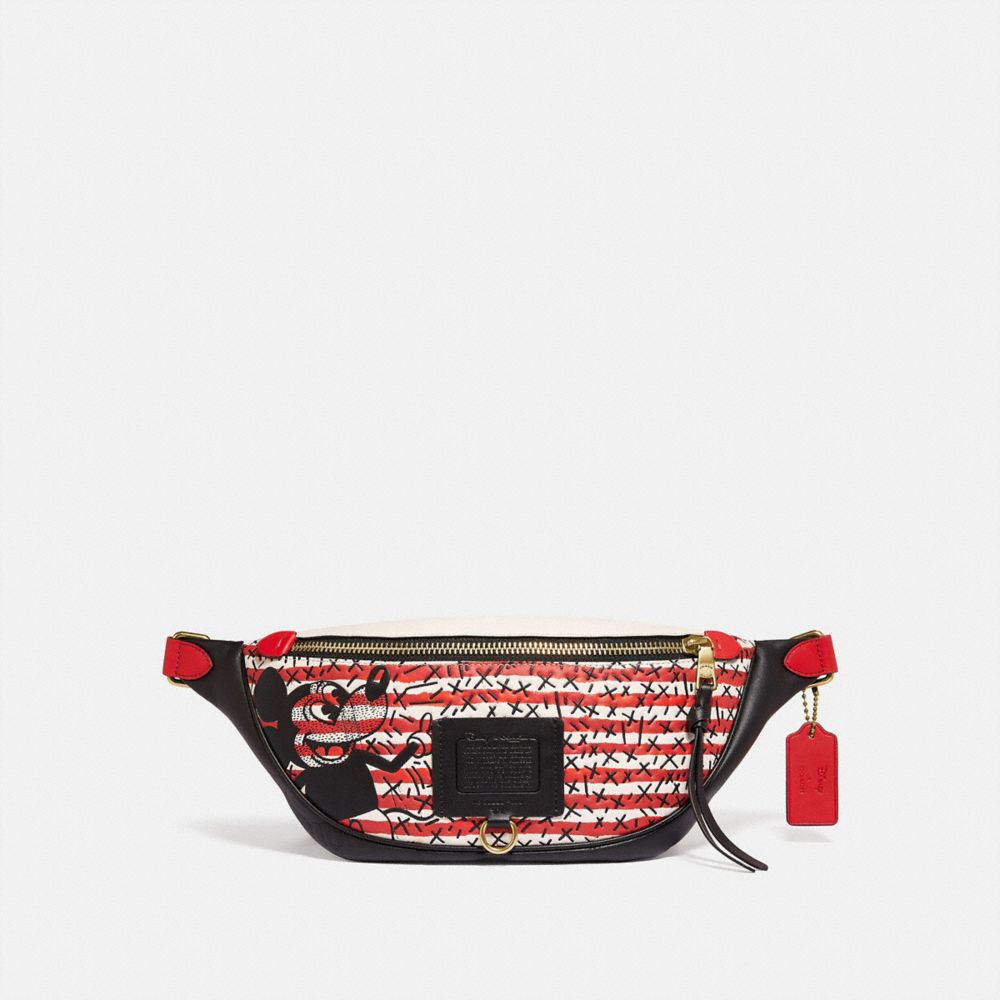